As there is no agreement in place between the United States and Ireland for the automatic recognition and enforcement of Judgments obtained from a court in the US in Ireland, it will be necessary to rely on common law rules.

This can lead to difficulties of enforcement of judgments obtained outside Ireland.. 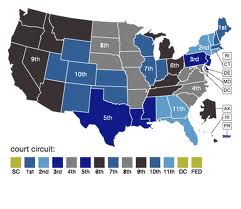 In fact, there is no bilateral treaty or multilateral international convention in force between the United States of America and any other country on a reciprocal recognition and enforcement of judgments.

The Irish common law rules/principles are quite restrictive and enforcing non-EU judgments in Ireland can be problematic as a consequence.

Number 1 above is obvious-you either have a judgment for a definite sum or not.

Likewise with number 2-the legal proceedings must have come to an end with no opportunity to appeal the judgment and the judgment must have been achieved following the correct procedures in the state in the US which granted the Judgment. 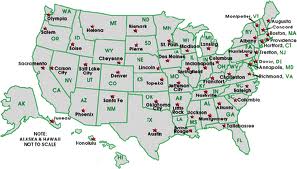 Number 3 above can be the most problematic as a result of a case called Rainford v Newell Roberts [1962] IR 95 where a Judgment was obtained by Rainford in the UK and sought to enforce the judgment in Ireland. (This situation would not arise now as a result of both countries mutual recognition of judgments due to various EU law and international conventions but is illustrative of the common law principles involved in seeking to have the US judgment enforced here)

This problem centres primarily on the question of proper service of the proceedings on the Defendant, as accepted by Irish rules of private international law.

In Rainford v Newell-Roberts the defendant had not been in the UK when served with the legal proceedings and had therefore not submitted to the jurisdiction of the English Courts and as a consequence the Irish Courts did not allow enforcement of the Judgment.

Grounds on which Judgment will be refused

This 2012 decision of the Supreme Court in Ireland is instructive and helpful.

(Read the full decision in this case here)

“Rule 36. Subject to rules 37 to 39, a court of a foreign country outside the United Kingdom has jurisdiction to give a judgment in personam capable of enforcement or recognition in the following cases:

First case. If the judgment debtor was, at the time the proceedings were instituted, present in the foreign country.

Second case. If the judgment debtor was claimant, or counterclaimed in the proceedings in the foreign court.

Third case. If the judgment debtor, being a defendant in the foreign court, submitted to the jurisdiction of that court by voluntarily appearing in the proceedings.

You can learn more about debt collection in Ireland for international clients or contact us directly through our contact page.