Process serving in Ireland for litigants in non EU countries is provided for by the Hague Convention.

There are a number of procedures laid down but the safest and surest method to ensure effective service which will stand up to challenge is to instruct a solicitor in Ireland to act on your behalf. 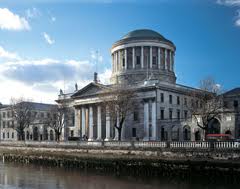 Whilst the cost of doing so may be off putting in the first instance it will, to your client, look like money very well spent if you avoid a challenge to your service when you go to your local Court seeking a Judgment or Court Order.

The service of foreign process in Ireland for documents originating in non-EU countries must be carried out under the procedure laid down in the Hague Convention of 1965 which dealt with the service of judicial and extrajudicial documents in Civil or Criminal matters abroad.

So the procedure discussed here would apply if you were an American or Australian company or bank for example seeking to have documents served in Ireland on an Irish defendant.

The Hague convention rules which cover this area were given effect in the Rules of the Superior Courts in Ireland under statutory instrument 101/1994.

These rules deem the Master of the High Court to be the Central Authority in Ireland.

The procedure involves you as a judicial officer in, say, the United States filling out a form which is annexed to the Hague Convention which is called a Request form. 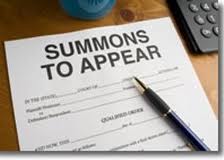 You can access the request form here and learn more about the Hague Convention service section here.

The Hague Convention  form is in fact in 3 parts-Request, Certificate and Summary.

If the Central Authority is not satisfied with the Request it can set out it’s objections to allow the applicant rectify the matter.

Service is then carried out by delivery and leaving with the Defendant one copy of the documents to be served and any translation if appropriate.

Once service is then effected by the process server he/she returns to the Central Authority with one copy of the process and an Affidavit setting out how service was carried out.

This affidavit sets out how service was effected.

If and when the Central Authority is satisfied with service it will issue a certificate to this effect which will be your proof of service under the procedure laid down in the Hague Convention-this Certificate is part 2 of the Request form which you can access above.

We provide process serving services for a growing number of international clients.

Our membership of the Law Society of Ireland, understanding of the laws applicable in Ireland and the Rules of the Superior Courts, ensures that our clients receive a professional service from start to finish.