The Code of Conduct on Mortgage Arrears 2010 is a critically important document for anyone in arrears with the mortgage on their primary residence.

The primary residence, incidentally, does not have to be occupied if it is the only residential property owned by the borrower in the State. 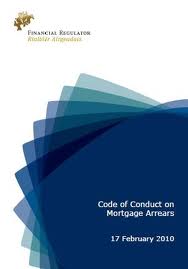 A March, 2012 High Court decision in Stepstone Mortgage Funding Limited v Fitzell has held that in order to successfully obtain an order for possession that the lender has complied with the  Code of Conduct on Mortgage Arrears 2010.

This process should be used prior to legal proceedings being commenced and the lender must tell the borrower that the Mortgage Arrears Resolution Process is being applied to his/her loan which can only occur after 31 days from the mortgage arrears occurring.

The bank’s Arrears Support Unit must assess a Standard Financial Statement that the bank requires the lender to fill out.

When repossession proceedings have commenced but have been adjourned on the basis that a revised payment arrangement has been entered into with the lender then if this arrangement breaks down the bank is required to review the failure and seek a new Standard Financial Statement.

If you find yourself in mortgage arrears with your primary residence, and increasing numbers of people in Ireland are, you should contact your lender and contact the Money Advice Budgeting Service (MABS).

You would also be well advised in consulting a solicitor and possibly the New Beginning group.

Historically solicitors would advise clients in custody that there was not much to be gained by making a statement, either under caution or otherwise, when being questioned by the Gardai.

They would explain that the client could invoke the privilege against self-incrimination. 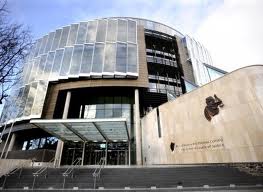 However this position has changed somewhat in the last few decades.

There has been a growing body of legislation which makes this advice more problematic as under various pieces of legislation now on the statute books it may be an offence to fail to explain certain matters or adverse inferences may be drawn against the arrested person which may later be put to a judge or jury.

The Criminal Justice Act, 1984 contains a number of provisions which are designed to force the arrested person to provide information to the Gardai. This can have serious consequences when someone is arrested and detained for questioning and ensures that the arrested person has a decision to make in relation to what he/she might say when being questioned.

Section 15 of the Criminal Justice Act, 1984 makes it an offence for a person not to account for a firearm in his/her possession.

Secition 16 of the Criminal Justice Act, 1984 makes it an offence for an arrested person to fail to account for any stolen property in his possession.

Section 18 of the Criminal Justice Act, 1984 obliges a person to account for any object, substance or mark on him which the Garda suspects is because of the person’s participation in an offence and Section 19 obliges a person to explain his presence in a particular location.

Both sections 18 and 19 can lead to adverse inferences being drawn against the arrested person by a judge or jury at the hearing or on preliminary examination. However a person cannot be convicted on the basis of inferences alone.

The Criminal Justice Act 2007 provides additional safeguards for the arrested person; for example inferences can only be drawn there the interview has been recorded electronically.

In conclusion the old advice of “whatever you say, say nothing” may not be the best advice in all circumstances and if you find yourself in this situation you should avail of your right to consult with a solicitor.